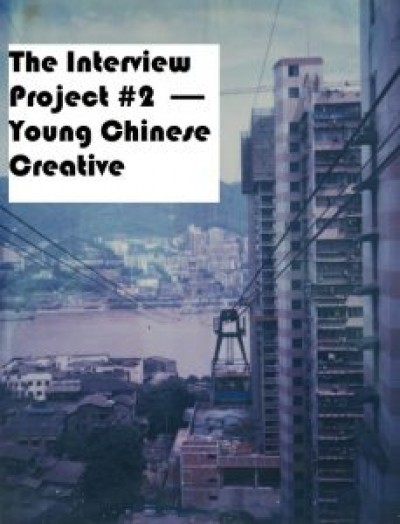 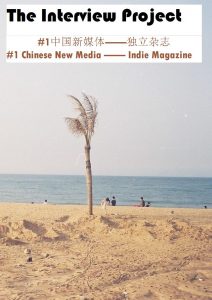 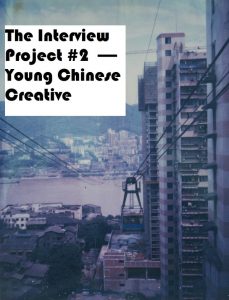 On Richard Florida's book The Rise of the Creative Class, he explains the rise of a new social class that he labels the creative class. Members include scientists, engineers, architects, educators, writers, artists, and entertainers. He defines this class as those whose economic function is to create new ideas, new technology, and new creative content. In general this group shares common characteristics, such as creativity, individuality, diversity, and merit.

Meanwhile in China, the creative class has emerged in the mainstream society, playing very important role in all different social aspects. The Interview Project of Young Chinese Creative has been launched since March, 2011, when I was doing a research on Chinese youth cultures which include: booming of analogue photography , revolution of Chinese netizen, popularity of independent magazines, and etc.

In order to discuss those interesting phenomenon comprehensively, questions have been evoked to examine how Chinese youth creative people think about their work and behave. The interviewees have been chosen from highly recommend young creative, who is lead the youth cultures in mainland China.

The Interview Project has been divided into different episodes, in which each episode focus on one particular culture phenomena. A conclusion paper will be include at the end of each episode.

The first episode has been discussed about the Chinese Independent Magazine and Newspapers. I was interviewed with nine famous independent magazine creators, those include Yan You from Jia Za Zhi, Amy from TOO Magazine and many more.